Amboori is a panchayath in Kattakkada Taluk of Thiruvananthapuram district in the state of Kerala in India. It is situated 38 km south-east of capital city Trivandrum. An important ethnic group in the area is the Kanikar tribe. About 1200 members of this tribe live in the area. Amboori is 40 km (25 mi) from the Agastiya mountain peak where Sage Agastiya, the founder of Ayurveda, is believed to have built his hermitage.

Amboori is situated in the southern tip of western ghats, surrounded by hills and is near to kattakkada. South east of Amboori is the state of Tamil Nadu. It is surrounded by the grama panchayaths of Vellarada, Aryancode, and Kallikkadu in the south, south-west and west respectively. The eastern part is covered by densely forested Neyyar Wildlife Sanctuary. Amboori is well known for its high-yielding rubber plantations, however, the area also cultivates coconut, pepper, herbs, and medicinal plants. Amboori contains a plantation of holy Rudraksha (Eleocarpus Spaericus) trees. Amboori has witnessed a large landslide in 2001 which claimed the life of 39 people. The tragedy occurred when a hill collapsed on to a house where there was a family gathering.
Source - Wikipedia [May 2021]

There are many stories about how Amboori got its name. The first one is that the tribal settlers had a rice variety which will flower and ripen in a single day! It is called "Annoori Nellu". Later Annoori became Amboori. There is another story which is related to Chadachi Marthandan Pillai, who was a great archer of King Marthanda Varma. Once, the Chadachi Marthandan Pillai was participating in an archery competition in a place called Ottashekharamangalam. He shot an Arrow (Ambu) which landed in a tree at a far away place. While removing (oori) the arrow from the tree, he has placed a special marking in it. Later the surrounding area has known as Amboori (Removed the Arrow).

Amboori was inhabited by members of the Kanikar tribe since time immemorial. Around 1200 members are still living here with all cooperation to new settlers. During the year 1729, a princely state came up in the name of Thiruvithamcoor or Travencore under the rule of King Marthandavarma. The King had several enemies like "Ettuveettil Pillamar", who was trying to eliminate him. To escape from them, the King stayed in various places like Ammatha, Pathukaani, Kottamanpuram, and Meenmutty in Neyyar River belt. At that time, the Kani tribe was taking care of his safety and security. At a time, the tribe took him to a large boulder called the Dravyappara (the treasure rock), which is approximately 700 ft from its base and 1500 ft above sea level.

The King was very much pleased with the tribes courtesy and the way they took care of him. Before leaving this place to Tamil Nadu, the King has allotted the tribe approximately 36000 hectors of land in chembu pattayam, totally exempting from land tax, this area mostly falls under Neyyatinkara and Nedumangadu Taluks, Amboori too falls under that stretch of land.

Amboori became quickly famous after the Second World War. The princely state of Thiruvithamcoor or Travencore has experienced severe famine. Hence, the King has allowed Saint Thomas Christians of Kottayam region to settle in uncultivated Western Ghats ranges. The announcement from the King resulted in migration to this area in 1930. The new settlers used to walk from Kattakada to reach Pantha which is the early settlement of Christians.

Even though they could start farming after clearing the forest, fighting with Animals, and some local goons, they couldn't take it further with harsh nature and diseases like Malaria. Mullankuzhiyil Thomman died in July 1931 and he has been laid to rest at Mylakkara Church. Other people also lost their health and slowly they left the area.

The second migration started in 1932 when a group of 50 families from the central Travencore reached here. They stayed in Tree Houses and started farming. Tragedy stuck again in the form of Malaria. Many lost their lives and some left to better places. The families to stayed back had a real tough time in the middle of the jungle. Finally, only 3 families – Mullankuzhi, Mylakkuzhi, and Paranjattu- were alive.

Most of the first migrators settled in a place called Pantha which has better water sources for farming. Patha is located north of Amboori and near Mayam. Even though most of the people are Catholics, they didn't have a priest to take care of their spiritual needs. Rev. Fr. Adeyadathos O C D (Muthiyavila Valyachan) has reached there and started taking care of everyone without religious boundaries.

It is learned from the elders, that Fr. Adeyadathoos had miraculous powers. After he finished the house visits, the area was covered by high wind and the problems with several diseases like malaria came to an end. The children born after this period was alive and started growing up. Before that, all the newborns used to die.

However, the decision to construct a dam in Neyyar River, forced the people of Pantha, mostly Syrian Christians, Pulayas, and Parayas to resettle leaving all their lively hood. Most of them resettled in Amboori.

By seeing the new gazette in 1949–50 to convert Amboori area into a fully agricultural sector, more families reached here and most of them were Christians. For the new migrants to stay temporarily, a shed has been constructed by Kottakkuzhiyil Joseph Vaidyan and the first Holy Mass was celebrated in this shed by Fr. Adeyadathoos. So, the history of Amboori is the history of St.George's Church too. Here it started after the final Holy Mass celebrated at Vettukallel Chacko's new house, celebrating Holy Mass at an individual's house has stopped.

The church shed was also used as a school. Kottur Kuriyakkos, who was appointed as Pastor in the Church was also started teaching here. Anchupankil Thomas, Kesari, Nadackal Abraham, Thekkel Philip, V A Joseph were also Teachers in this primary school.

While taking a survey of Amboori, it is learned that the property belongs to Chennellikkunnel Uthuppan and to buy this property him was unsuccessful. He has not even listened to Fr. Adeyadathoos, who have put his time and health to develop this area. Hence the faithful decided to shift the church a new place which is bought from Pattani A Varkki Vakkeel, who had around 200 acres of land in Amboori. Half acres of land had been bought by Rs. 150/- and another half acres he had donated. A new shed also came up for school.

In 1955, Rev. Fr. Joseph Malipparambil has been appointed as the Vicar of the Church. Fr. Jacob Thottanani, Fr. Losious, and Fr. Antony Puthoor helped him. Their combined effort has changed the face of Amboori. St. George LP School building has been completed. A new building for St. Thomas UP School has been erected and approval for the Schools has been received from Government. They also concentrated to develop nearby places like Arukani, Netta, Thekkupara, Dalmukham, Vavodu, and Venuthadam. Amboori has got a Post office in 10-07-1955, Roads linking Kudappanamoodu-Koottappu-Amboori, Vazhichal-Amboori, Aanamukham-Amboori, Pantha-Amboori, Thekkupara-Amboori has been developed with the help of all locals. During this time, Amboori also had a Library and Sports Club. 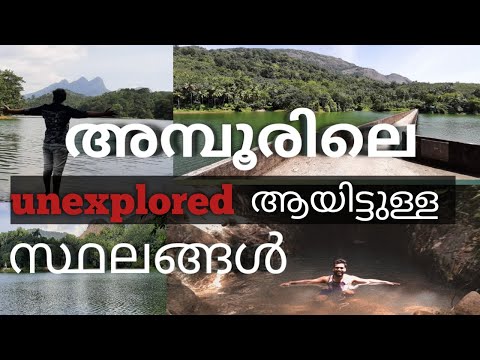 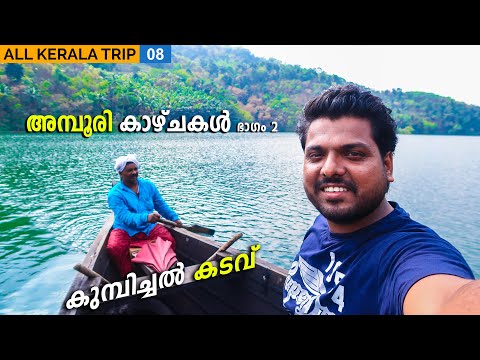 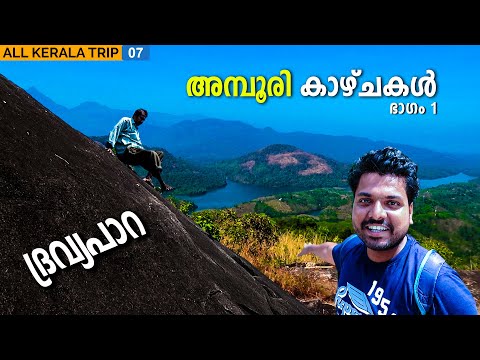 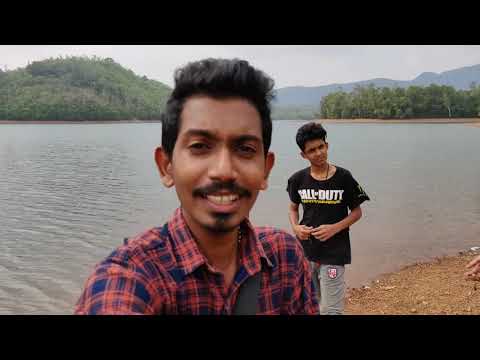