Alangad is a village located in Paravur Taluk of Ernakulam District in the Indian state of Kerala. It lies almost in the middle of North Paravur and Aluva. The Kochi city is 15 km away from Alangad. The name Alangad has been derived from alam meaning sugarcane and gad which refers to the Malayalam word 'kaadu' meaning jungle. Alangad is located just 9.8 km away from North Paravur and 10 km away from Aluva City. Once clay brick business was the main trade as clay was available. Major heavy mechanical vehicles, bus and small cars have their warehouses and PDI centers on the highway. One of the major economies for the whole panchayath is from the remittances of expatriate community.
Source - Wikipedia [May 2021]

Alangad was once famous in the state for its sugarcane fields. In the past, Alangad was a small kingdom ruled by the Alangad Kings. Visscher refers the battle that took place between the Alangad King and the Paravoor (N.Parur) King in his 'Letters from Malabar' written in 1720CE. In the last decade of the 16th century, a Syrian Christian named Mathoo Chakkarayakathoottu was the Akambady Sena Nayakar(Captain of Guards) of the Alangad Raja(King). During the time of Diamper Synod(Udayamperur Sunnahados) a milestone in the history of St.Thomas Christians, Akambady Nayakan Mathoo was deputed by Alangattu Raja to take care of the security of the then Archdeacon Gheevarghese of Malankara Nazrani Christians. In the first decade of the 17th century, Akambady Nayakn Maathu migrated to Kottayam and continued as Akambady Nayakan of Thekkumkur Raja which is in present-day Kottayam.

In 1756 Kozhikkodu Zamorin invaded Alangad and Parur. Later Kozhikkode Zamorin and Travancore Raja had a treaty of friendship in 1763–64 period and the Zamorin reimbursed amounting to ₹ 150,000 to Travancore which was the expenses of the war occurred between them in the past. That was the time Kingdoms of Parur and Alangad were annexed to Travancore after pensioning off the ruling King.

Years back Alangad had its own place in the agricultural industry. The village was scenic with its greenery and was covered almost entirely with vast expanses of paddy fields and coconut trees. Later on the advent of red bricks business made the paddy fields almost vanish literally. The village was blessed with fertile soil, which gave good crops for all types of agriculture. The place is situated on the banks of River Periyar, which is called as "Muttupuzha"(knee river) in this area as it used to have knee deep water during summers and people could cross it on foot. But since huge amount of sand is taken from the river bed it is no more shallow or safe to walk through even in summers. The former rulers of Alangand was known as "Alangadu Karthakal". It is also home to two famous and oldest religious sites in Kerala "St Mary's Church" Alangad and "Alangad Juma musjid".

Alangad and Akapparambu were well known for the Kalarippayattu Martial Art training in the ancient time. Legend has it that Lord Sabarimala Sree Ayyappan took lessons in the traditional martial art Kalarippyattu at Alangad.Alangad at that time is believed to have had a reasonably powerful army. The Alangad Yogam begins their yatra to Erumeli en route to Sabarimala for the famous Erumeli Petta amidst great devotional fervour in the month of January every year. This ritual is called PETTAPURAPPADU. 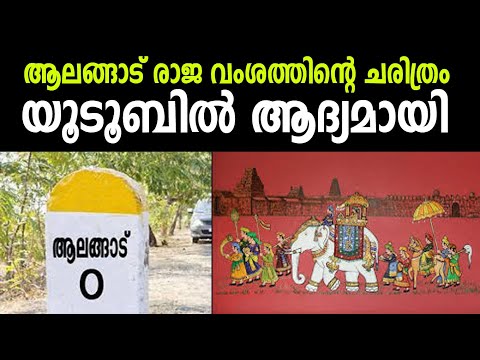 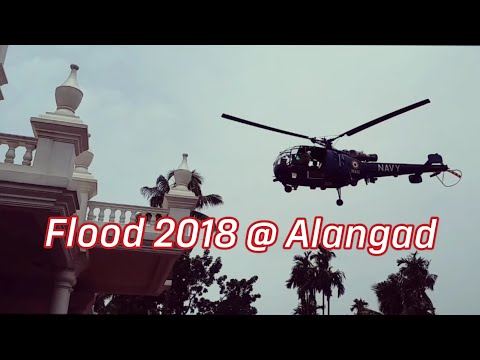