Adoor (sometimes spelled Adur) is one of the fastest growing town in Pathanamthitta district of Kerala, India. It is the headquarters of Adoor Taluk and Adoor Revenue Division. Adoor Taluk consists of two municipal towns: Adoor and Pandalam. Adoor is one among the only two revenue divisions of the Pathanamthitta district. The Adoor Revenue Division includes Kozhencherry (Pathanamthitta), Konni, and Adoor Taluks.[clarification needed] The revenue division was previously located in the Kollam District. Adoor is located between the two major cities of Trivandrum and Kochi in south Kerala. The Kerala Institute of Folklore and Folk Arts is situated in Adoor.
- Source - Wikipedia [Mar 2021]

The history of Adoor is directly connected to the history of Kollam district. During the 1st century A.D, most of the places under Kollam district were ruled by Ay kingdom with their headquarters at south Travancore. It is known that in the rule of the Ay Kings, a Buddhist Monastery was there in Adoor. Some megalithic monuments like dolmens, dated back to Neolithic period have been discovered in the Enadimangalam village of Adoor Taluk.

Adoor was once part of Ilayidathu Dynasty and Pandalam dynasty. In 1741, Venad Maharaja Marthandavarma included Adoor to the Travancore Kingdom. King Marthandavarma once came to Adoor to hide from Ettuvettil Pillai (a wealthy family who tried to capture King Marthandavarma and to get hold of his throne) and sought the help from Chittundayil house but it was refused and then support and shelter was provided by the grandmother of Nellimuttil family at Adoor, in the later days, after he became the King he then made revenge to the Chittundayil house and granted help to the Nellimuttil house. During the rule of Dharmaraja, a notable event was the battle against Tippu Sultan, where travancore made alliance with the East India Company. During the rule of Rani Gowri Parvathy Bayi, in 1812 A.D, pandalam was annexed to the kingdom of Travancore. The Anantharamapuram market situated at Parakkode is known to be one of the oldest, largest and busiest market during the Travancore era. After India got its independence in 1947, the Maharaja of Travancore refused to join Indian Union, but later had to agree. On 1 July 1949, Travancore and Cochin States were integrated and the Maharaja of Travancore became Rajpramukh of Travancore-Cochin State. On 1 November 1956, The State of Kerala was formed integrating the earlier regions of Travancore, Cochin and Malabar. After that, Adoor was in Kollam district until a new 13th district called, the Pathanamthitta District came into existence as a separate administrative unit on the 1 November 1982. The newly formed Adoor Taluk comprised nine Villages of Kunnathur Taluk and two villages of Mavelikkara Taluk of former Kollam and Alappuzha districts. On 1 April 1990, Adoor municipality came into existence and the area under Adoor municipality is presently known as the Adoor Town.

Adoor was part of Central Travancore and was never directly under British Rule. Adoor was a major town of wealthy Hindu families and notable Saint Thomas Christian families. Adoor was never captured by King Marthanadavarma. Adoor Dharma hospital (now known as Adoor General Hospital) was established in 1880s during travancore rule. In 1914, the first school to be opened in Adoor was Adoor Malayalam School also known as present-day Adoor govt UP School. In 1934, Mahatma Gandhi visited Adoor and laid the foundation stone of the present SNDP building situated near private bus stand. The message of khadi and charkha gained more attention during this time. It was during the 1940s, communism started emerging in Adoor. SNDP and NSS have given great contributions to the development of Adoor.

The Lord Ayyappa's famous Pandalam Palace is situated just 9 km (5.6 mi) away from Adoor. Adoor is at a distance of 90 km (56 mi) away from the Sabarimala Temple. 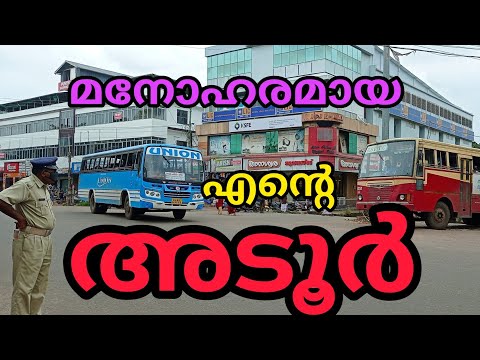 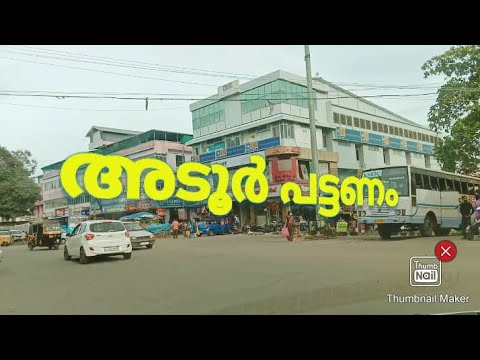