The headquarters of the historic Chempakasseri Ambalapuzha rajahs were near the temple. Ambalappuzha remained an independent principality under the Chempakasseris until the mid-18th century when it was conquered and absorbed by the Kingdom of Travancore under Marthanda Varma (1706–1758). Thereafter, the Chempakasseri royal family went into decline.

Temples
The Ambalappuzha Sri Krishna Temple is believed to have been built in 790 M.E by the local ruler Chembakasserry Pooradam Thirunal-Devanarayanan Thampuran. The payasam served at the Ambalappuzha Temple is widely known among Hindu devotees. This sweet pudding made of rice and milk has an interesting mythological legend behind it. In this temple 'Pallipana' is performed by velans or sorcerers once every twelve years. Human sacrifice was conducted in ancient times, but roosters have now replaced humans on the sacrificial altar. 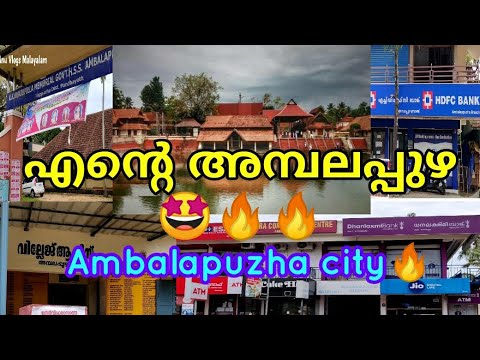